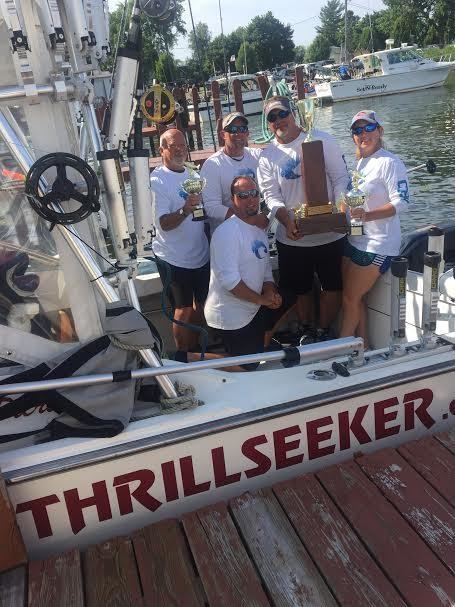 Pro-Am Series Challenge Cup Continues
The Lake Ontario Pro-Am formatted tournaments joined together to bring back the history, tradition and intense competition of the “Lake Ontario Challenge Cup.” This prestigious cup is awarded to the tournament team that displays consistency throughout the three Pro-Am “classic format” events, held at different times in different locations. This unique competition challenge will once again be available to Captains and teams fishing all of these style events in Niagara and Wayne counties. Highest point totals accumulated in the contests combined will earn the Challenge Cup and the prize associated with it. Each of the tournaments (Niagara and Wayne/Sodus and then the points from Oak) will be contributing $500 to the Cup payout. Teams must sign up for the Challenge Cup competition by the Captain’s meeting at the Niagara Tournament, located at the Wilson Fire Hall at 6 p.m. on May 18. The collector of the monies will be Matt LeClair, organizer of the Wayne County Tournament and the final stop on the Pro-Am Series trail. Scoring is simply based on your tournament scores for each event. 2016 the Challenge Cup winner was once again Team Thrillseeker led by Capt. Vince Pierleoni of Newfane. It was his first Cup win in a decade, previously registering cups in 1995, 1998, 2000, 2003, 2005 and 2006. A new travelling cup trophy has been started and will be passed along from year to year.